And now, the end is near - Mick McCarthy faces the final curtain at Ipswich Town 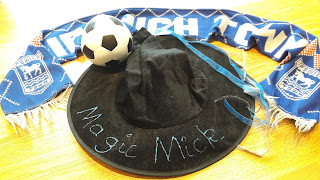 When I first graduated, I was lucky enough to have my dream job as a freelancer for a radio station in Ipswich and as part of that job – the best part – I got to report on Ipswich games and go to press conferences.

One Saturday afternoon I headed up to the Molineux and enjoyed us take a late equaliser through Tommy Miller. Then after the game, as we were waiting for Jim Magilton to come up from the dressing room, I decided to sit in on Wolves’ manager Mick McCarthy’s interview.

It’s one of my favourite memories from my short-lived time as a journalist, his interview was like no other I had listened to. The room was relaxed, he joked with the press that it felt like a defeat and even popped in a couple of swear words which made everyone laugh. He was relaxed and genuine… a nice guy.

Despite everything, I still trust that first impression and I still believe he showed traits that should be valued in a manager. Having had the pure nastiness of Roy Keane followed by the puppet that was Paul Jewell – I, for one, welcomed and have enjoyed Mick’s 'Barnsley-style' attitude of just being honest about what he thinks.

The trouble is, that approach is exactly what has got him in trouble – and rightly so. It’s been his undoing.

In my opinion, there has been a small section of our fans who have expected (nay, wanted) him to fail since he was appointed our manager. 'He wasn’t the right fit for Ipswich, Wolves fans have reported bad things and he’ll never take us anywhere', they said.

On the latter, they were wrong. 2015 was a tough year for me personally, but I will always remember it for that afternoon at Ewood Park, standing next to a chap I recognised only from Twitter who was listening to the radio through headphones.

‘They’ve got a penalty’ he said of Derby, the team we needed to lose if we were to make it to the play-offs. Then he held his finger to his lips and I swear the whole of the away stand went quiet… a few seconds passed, then – he thrust his fist into the air and we all cheered. Derby had missed the penalty – we’d done the impossible.

And that was the point – Mick McCarthy had taken a team on the brink of relegation, destroyed by a succession of two very poor managers, spent just £110k on them and reached the bloody play offs. It was unexpected, a miracle and, to me, it didn’t really matter that we lost to Norwich in the semi-finals – I was so proud that my little Ipswich was proving the world of big, bad, money-mad football that they were wrong. Winning can be achieved through passion and drive, this is how it should be done.

For that, I thank Mick from the bottom of my heart. For making me happy, for making me fall in love with my team and being a football fan again, for – however briefly – pulling our fan base back together to make us proud of our club.

He is well respected throughout football and rightly so. He is an excellent manager at this level, even if you don’t appreciate the way he does it. He will, I’m sure go on to manage another Championship side and no doubt we will lose to them when we play.

But his time with us is over and I am relieved, but sad it’s ended this way.

That small section of fans who have been openly against him all along has slowly grown and grown. As times have become tough, more and more people have gone against him, encouraged by his unnecessary digs.

Conversely, I’ve been a big supporter of him and have openly defended his sarcastic comments. He’s honest and that’s what I like, I agree that he knows how to do his job better than the section of fans that think it’s okay to sing ‘your football is shit’ in the middle of a game.

Hell, I even understand why he reacted like he did to the away section after Chambers scored his goal against the scum. He’s been on the receiving end of some nasty abuse from our fans and I think I’d have been hard pushed not to feel smug that the tactics they so loudly criticised had just seemingly won us the game.

But, to me, that moment signalled the point it had gone too far. The hate between our fans and our manager has become so much that he – in a moment of passion, probably without even thinking – directed the emotion at them, instead of celebrating with his own players.

This feeling of divide has grown and grown and I think there is fault on both sides, let alone the contribution Ian Milne and Marcus Evans’ actions (or inactions) have made. Something should have been done about it a lot sooner than it has – things didn’t need to get this bad.

It’s reached a point now where I actually started not wanting to go to games any more. Me, the girl who has long argued that I will always want to go to the football, no matter what the score, because it means spending the day with my friends. I just couldn’t be bothered with how miserable everyone had become, I couldn’t be arsed with the stress.

I honestly expected him to go last summer. Who knows why he didn’t: perhaps Evans is just happy because McCarthy doesn’t expect more money, perhaps Mick really does want to honour his contract, perhaps we couldn’t find a replacement for him (given how long it took to replace Daryl Murphy, I wouldn’t be surprised).

As we go into a new era for the club and finally answer the question – who could do better? I want o say thank you to Mick. Genuinely, you’ve given me a lot of joy over the past five years and I’m grateful. I’m also grateful you’re finally out of the door and we can hopefully start to get our club back.

Who's visiting the site?